The seventh book of the bestselling Rivers of London urban fantasy series returns to the adventures of Peter Grant, detective and apprentice wizard, as he solves magical crimes in the city of London.

Martin Chorley, aka the Faceless Man, wanted for multiple counts of murder, fraud, and crimes against humanity, has been unmasked and is on the run. Peter Grant, Detective Constable and apprentice wizard, now plays a key role in an unprecedented joint operation to bring Chorley to justice.

But even as the unwieldy might of the Metropolitan Police bears down on its foe, Peter uncovers clues that Chorley, far from being finished, is executing the final stages of a long term plan. A plan that has its roots in London’s two thousand bloody years of history, and could literally bring the city to its knees.

To save his beloved city Peter’s going to need help from his former best friend and colleague–Lesley May–who brutally betrayed him and everything he thought she believed in. And, far worse, he might even have to come to terms with the malevolent supernatural killer and agent of chaos known as Mr Punch….

This is one of my all-time favourite series – and this installment was eagerly awaited and did not disappoint, as usual. There is just something charming and compulsive about this series that makes me very happy.

I won’t write about the plot so much, because doing so invariably would spoil the books that came before (and what twists and turns there were) except to say that I found the way the story went and how some parts wrapped up highly satisfying. I know that there is a novella coming out in a few months (I am so glad!) but except for that I do not know where the story will go next – but wherever it is, I am sure I will be reading it.

The best part, as always, is Peter’s wonderful narration, this time aided by the absolutely brilliant Kobna Holdbrook-Smith who narrates the audiobook to perfection. I felt a bit spoiled, having pre-ordered the paperback and then buying the audiobook but it was definitely worth it. Peter’s tone and his sense of humour are as brilliant as ever – but what I appreciate most is that he is a genuinely good person, always striving to be better. This is something I am always looking forward to in my reading, especially in a genre saturated by anti-heroes, and something I needed at the end of the long year that was 2018.

There were some genuinely heartbreaking and heartwarming scenes in this book (the dancing! It made me teary eyed) and the ending was so very wonderful – I cannot wait for my partner to read this book so that I can squeal at him.

If you like Urban Fantasy and haven’t checked this out, I highly recommend you do – I love Ben Aaronovitch’s mix of police procedural and highly inventive fantasy, his characters are wonderfully drawn and realistically diverse (it is set in present-day London after all), and his storylines (especially the overarching ones) are exciting and well-thought-out. 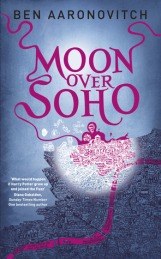 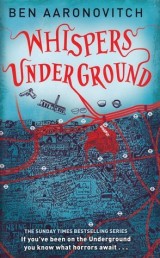 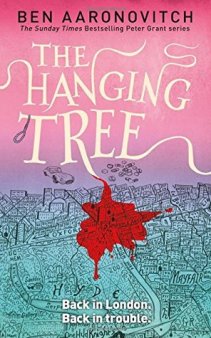 The Rivers of London Series by Ben Aaronovitch

I am chronically bad at sticking with series (this is true both for TV shows and for books). It is rare that I love a series enough to not only stick with it but also to eagerly await the next installment without losing the will to keep reading. This is such a rare series. I adore everything about it and I cannot wait to read the next book (which will hopefully come out next year – making it one my most anticipated books).

Peter is one of the best protagonists I have ever encountered and his voice is just perfectly suited for the stories told. He is capable without being over-powered, he is optimistic without being unrealistic, and most importantly he seems like a genuinely nice guy. But he isn’t the only great character in the books; especially Guleed holds a special place in my heart and their interaction is just lovely. The Rivers are brilliant and all fully-fleshed out (and their family-dynamic is so realistic!).

I adore the way Ben Aaronovitch is slowly fleshing out his world – he is taking his time and it feels that much more real this way. Every book adds a new layer and I cannot wait to see where this series will go. While fleshing out his world he is also always adding new layers to his characters making them interesting and changing and oh so very brilliant.

I just love love love this series and the wait between the installments is kind of killing me. I am a bit jealous of my partner because he is only reading the 4th book now and has more to read after. I am also sometimes jealous of his single-mindedness when it comesto books – he can read one book after another of any series and I sometimes wonder how that changes one’s opinion on books. You can get so much more immersed into a world if you do not take extensive breaks between each installment.

What are your thoughts on this series? Have you read any of the books? What are some of your favourite series? How do you read series – one book after the other or with breaks inbetween?