That it took me so long to read three books with this particular trope should tell you that it isn’t my favourite. I am not the biggest fan of miscommunication being the main drive for the angst in a romance novel and this trope mostly seems to rely on it. When it is done right it can be super lovely though and these three books I really enjoyed. Also, for the record, I do believe FwB situations can work.

It is no secret that I have been enjoying Bailey’s books a whole lot recently – and this one was no exception. Her writing is just so wonderful that I cannot get enough of it. Elijah has been left on the altar and finds solace in an unlikely friendship with his ex-fiancé’s estranged cousin, Addison. They first become friends and then friends with benefits in a way that felt organic. I love how nice they are to each other. This is one of the more angsty books by Bailey but the ending was absolutely worth it. In typical Tessa Bailey fashion, there is a lot of dirty talking but this time Addison gives at least as good as Elijah – and I loved it. I love when women know what they want and mostly just go for it. Addison was absolutely wonderful anyways. 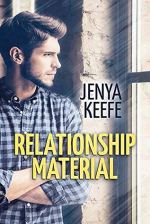 It’s not always possible to meet in the middle.

Registered nurse Evan Doyle doesn’t consider himself fit for more than occasional hookups. He has a good life, but the emotional aftermath of a horrific crime makes him feel too damaged to date. So when his sister’s hot bestie, Malcolm Umbertini, comes on to him, he turns him down flat. Mal is Relationship Material: the kind who thinks in the long term. What would Evan do with a man like that?

As a prosecuting attorney, Mal’s learned how to read people, and he knows there’s more to Evan than meets the eye. Mal has faced his own hardships since his family kicked him out as a teen, and he respects Evan’s courage and emotional resilience. More than that, he wants Evan—in his bed and in his life. But can he weather another rejection?

Both wary, they agree to a no-strings fling. Mal knows that Evan wants things to stay casual, but he’s falling in love a little more with each encounter. With health, happiness, and bruised hearts on the line, Mal and Evan must risk everything for love.

This book is a lot darker than the blurb makes it sound (see my content warning) but I thought it was still very much worth the read. Evan is deeply traumatized by a truly horrific crime (and living under witness protection) and does not feel up to relationships, especially not with somebody who he considers so very much relationship material. Mal on the other hand falls hard for Evan and is willing to take whatever he is willing to offer him. I thought they were lovely together. I love how open and honest they are with each other about boundaries and how accepting of each others’ trauma.

I received an ARC of this book courtesy of NetGalley and Riptide Publishing in exchange for an honest review. 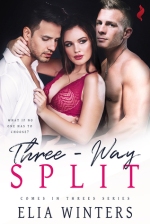 I have never read a book with a polyamorous love story at the center and when this book won this year’s RITA Award, I figured this was my time to do so. And I am very glad I did. This was absolutely lovely with its focus on informed and enthusiastic consent, with people who actually communicate about what they want (most of the time at least), and a triad I could believe (who amongst us hasn’t wished a love triangle resolved by the involved parties deciding to all date each other). Ben and Michael (owners of a pub) have been roommates and friends with benefits for years when they both start sleeping with Hannah (owner of a sex shop) who has been flirting but not acting on it with Michael for a year. This book is definitely on the explicit end of the romance to erotica spectrum but it worked for me because the relationships felt believable.

2 thoughts on “Romance Mini Reviews: Let’s be Friends with Benefits”